Archives: Little You Little Me

In January I was approached by Weird Canada to put on a distro launch party. Weird Canada was given some money from FACTOR to start up a distribution network for Canadian independent artists and I got to pick the bands that would play the show.

I asked my good friend and local music snob Chuck Teed about new bands I should hear to consider asking to play the show. When he pointed me in the direction of Stegosaurus I was JAZZED.

Stuart Buckley (who happens to be a singer in Stegosaurus) also has a tape/digital label called Sharktooth Records. They’re hosting all ages shows starting TONIGHT and you should go. Or you should tell your kids about it. 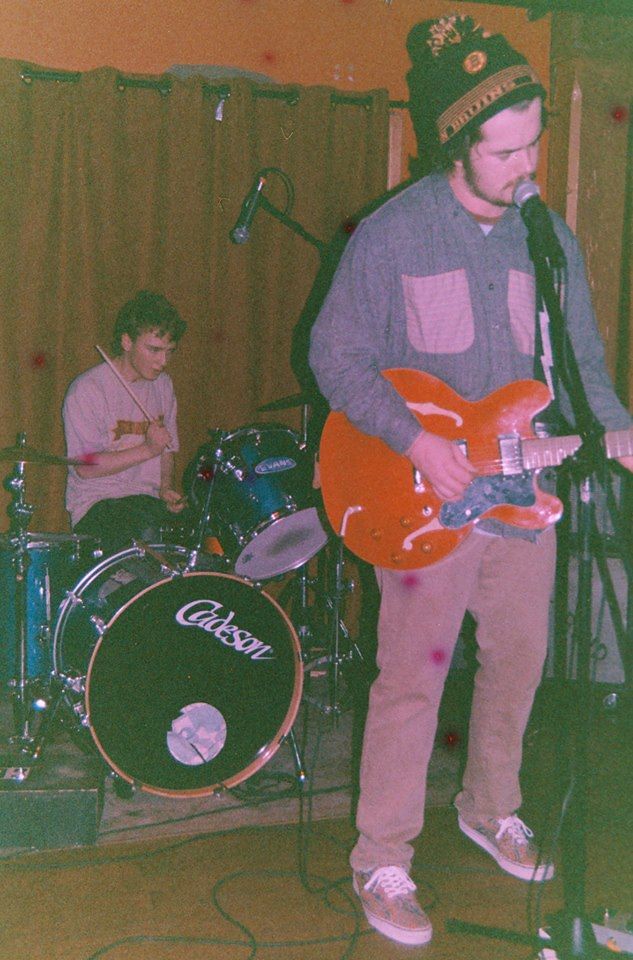 Tell me about yourself and what you do

Hey Barb! First and foremost I’m a guy. I was born and raised in Rothesay, NB, but don’t hold it against me. I don’t do much of anything other than stuff that’s related to music. I play in a band, record bands and go see bands play. I LOVE LIVIN IN THE PORT CITY! 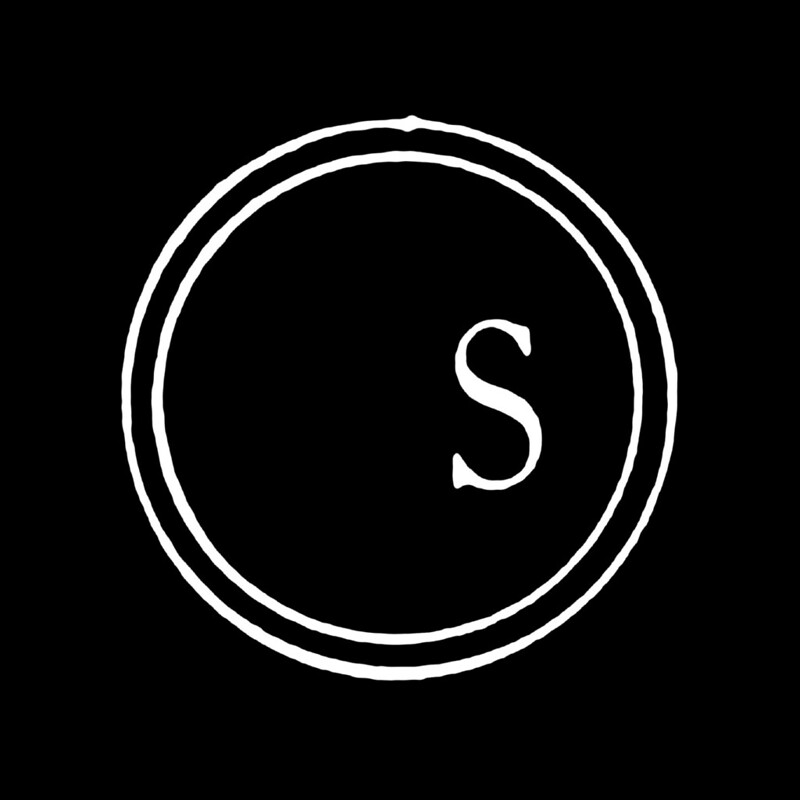 Tell me about Sharktooth Records!

Sharktooth Records is a tape/digital label that I started with a couple pals about a year ago. We started it as a fun thing to waste our money on but it’s really changed a lot recently. It’s just me chuggin away now, and the mentality has totally shifted. We have real goals now and we do stuff! On tap for the rest of the year we’ve got a couple releases from some Saint John bands, and we’ve also opened up an all-ages venue, but more on that later…… 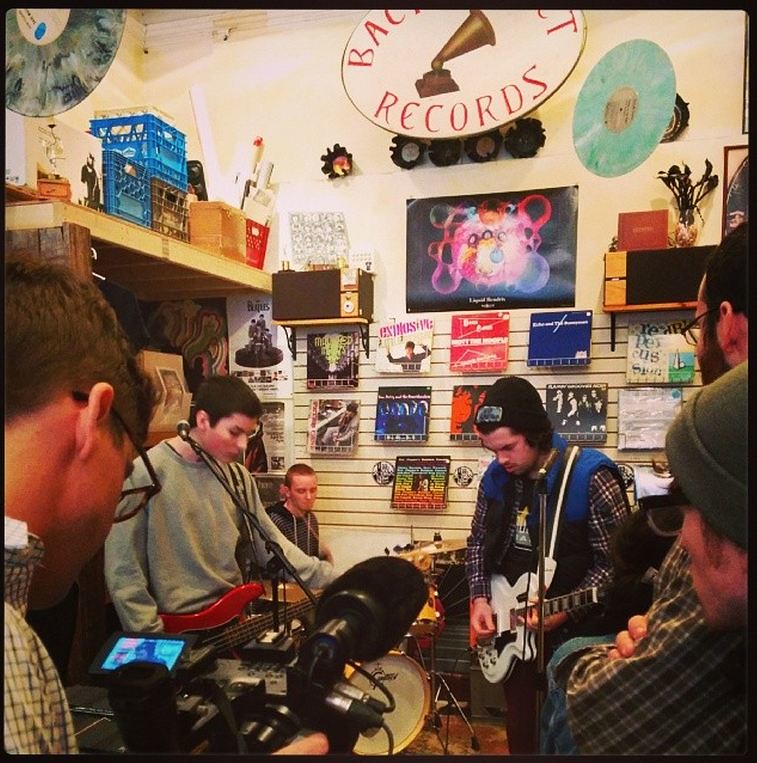 You are new to the local music scene

I’ve always loved playing in bands! It’s been a really fun way to make friends and collaborate and create stuff to keep me sane. I started Stegosaurus last summer with my good pals Seth O’Neill and Colin Ratchford. It just sort of happened, I guess, and it’s evolved to whatever it is now (post-punk????). Colin ended up moving to Alberta so we’ve got Right Shitty’s Pat “Boomer” Bonner killin’ it on the drums now. It’s just a really good time.

Oh! And we are going on a little tour of NB with Cellarghost at the end of August! 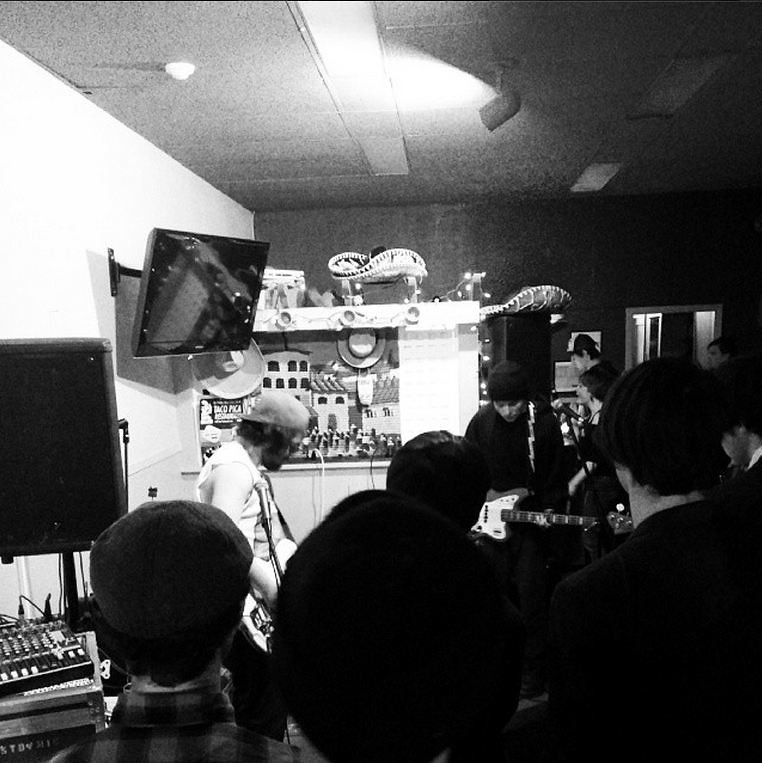 Tell me about your new series of all ages shows!

Does Saint John have an all ages scene?

I’m really excited about this. Myself and a group of other bands (Right Shitty, Cellarghost and Learning) were all looking for a place to practice and record about a month ago and we ended up finding this old paint shop. It’s a pretty big spot so we thought we would have all-ages shows there whenever we could.

The all-ages scene in Saint John has had it’s ups and downs since I was a lil’ 14 year old kid, but it’s definitely on it’s way back up. There were places like The Gothic Arches and Hard Stone Cafe and the TRC, but as those places closed down or slowed down, not a whole lot came to fill the void for quite a while. We had the Shop for a little while, but that got closed down. The Saint John Arts Centre has been putting on stuff recently with Hard Times in the Maritimes which is very cool, but there isn’t a really viable spot that bands can book coming thru town on the regular, which is what we are hoping to do!

Our first show is tonight at 7 with Learning, Cellarghost and Little You Little Me and it’s gonna be super fun. Oh! And It’s 5 bucks at the door!

Who are your favourite local bands?

Cellarghost is too good for their own good and, for that matter, all of our good. Carter writes the most incredible songs and I can’t wait for everyone to hear the album.

Right Shitty is such a killer time. Steve has my favourite voice in Saint John for sure. His yells/screams are so gutteral. Gives me the chills.

Wooden Wives are just fantastic! Great group of guys that I really look up to, Jud especially. They really are the cornerstone of the scene!

I could go on and on but I’ll round out my top five with Little You Little Me. They have the tightest live show I’ve seen in Saint John and they definitely have the mettle to get where they are going.

Check out his band:

And check out more from Sharktooth Records here.